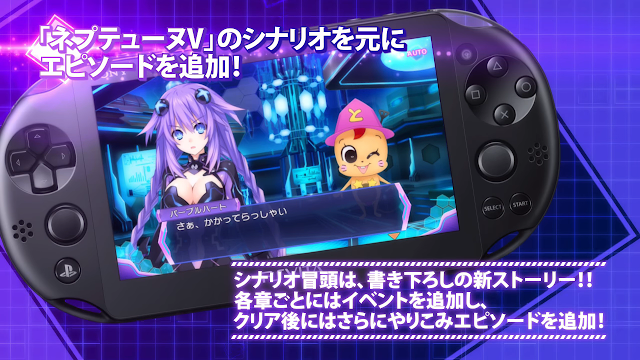 Compile Heart released the first full trailer of Hyperdimension Neptunia Re; Birth 3: V century, which will be released on PS Vita in Japan on December 18th.

In addition, on the official website of the game, Compile Heart has detailed some additional changes to the PS Vita game. Face tags have been added next to the country names on the world map, letting you know when conversations with its residents are possible. On the guild screen, you can now sort the quests by pressing the start button. Sort options include difficulties, rewards, most recent quests, and more. Sorting has also been added to the Buy Now screen, allowing you to sort items by newcomer.