Kirby and The Rainbow Curse will be launched in February 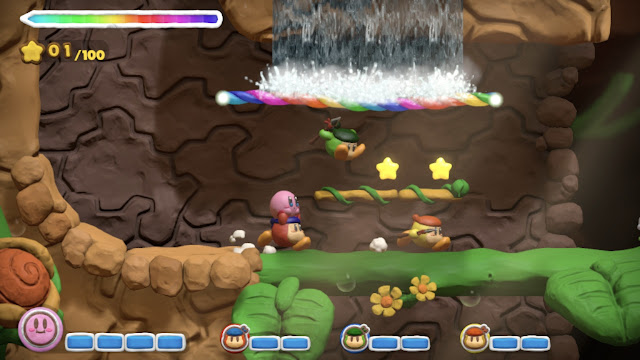 Kirby and The Rainbow Curse will be launched on Wii U in North America and Europe in February 2015, following the Japanese launch on January 3 at 3,700 yen, Nintendo announced.

The game sees the players go through a clay world. Players will guide Kirby along a rainbow line drawn on the GamePad's touch screen. A new four-player multiplayer mode will allow one player to play the role of Kirby and focus on the tracing of rainbow lines, while the others control a trio of Waddle Dee characters capable of collecting artifacts or to carry Kirby.

Rainbow Curse will also be compatible with Nintendo's Amiibo line of miniatures, which will unlock bonus content in the game when placed on the GamePad.