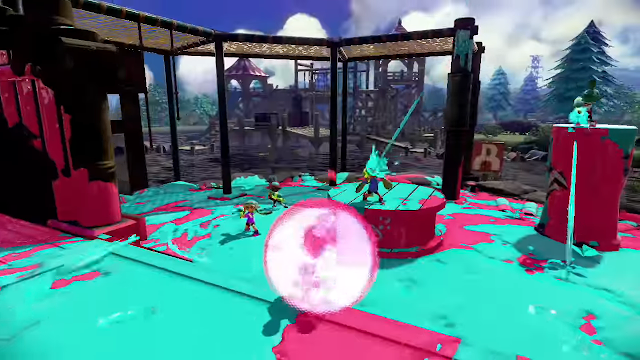 Splatoon, the paint launcher announced by Nintendo E3, will be launched on Wii U in the second quarter of 2015, announced Nintendo.

The shooter puts players in the shoes of a squid that can turn into human form to mark its territory with ink. Basically, the game is a four-on-four multiplayer shooter in which two teams compete to cover as much ground as possible with ink. But there is also a solo campaign that pits your squid character against an army of enemies with an arsenal of ink weapons.