Square Enix released Angela's trailer "Character Prologue Digest" for Trials of Mana. On April 24, 2020, Trials of Mana is expected to be released on PlayStation 4, Switch and PC worldwide. 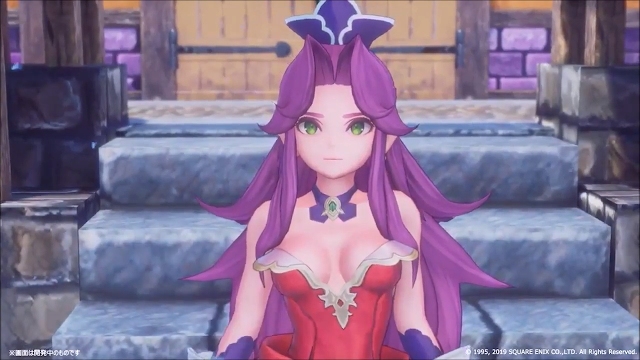 Angela is the only daughter of the True Queen of Altena, the snowy magician kingdom. Since Angela's mother spent almost no time with her in her childhood, the princess was prone to getting noticed, wearing colored clothes and making jokes to the people of the castle. Despite this, his love for his mother is deep. Angela has never used magic spells, a problem that torments her to this day.