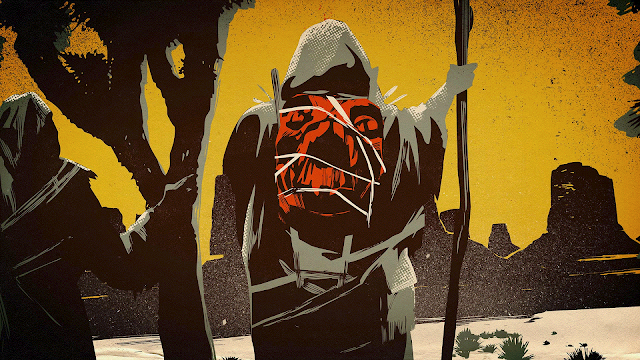 Raphael Colantonio, former president and creative director of Arkane Studios, and Julien Roby, former executive producer of the studio, announced the creation of the new independent gaming studio Wolfeye Studios. His first project will be announced at the 2019 Game Awards on December 12th.

Colantonio's almost 20-year career as founder and creative director of Arkane Studios has paved the way for some of the most revered and innovative titles in the video game industry. Roby also has extensive industry experience, having produced legendary titles such as Dishonored and Arx Fatalis, and working with Colantonio for more than 12 years. After leaving Arkane, the duo moved away from any project before meeting to form Wolfeye.

Wolfeye Studios aims to create games "in which players live their own adventures in rich simulated worlds, which respond to actions and decisions in a unique way for each game," according to the press release.

"After taking leave and consulting various video game companies, I'm ready for a new adventure," said Wolfeye's president and art director, Raphel Colantonio, in the press release. "The AAA market is risk-averse and innovation suffers. As a game designer, I wanted to try new ideas and approaches and I think independent games are the best place to do it. "

Julien Roby, CEO and Executive Producer of Wolfeye Studios, added, "This is an incredible opportunity to work with Raf again, to be able to create the kind of unique and deep games we like to play. The decision to work as a team around the world has allowed us to find some of the best talent in the industry to help us develop our vision. "