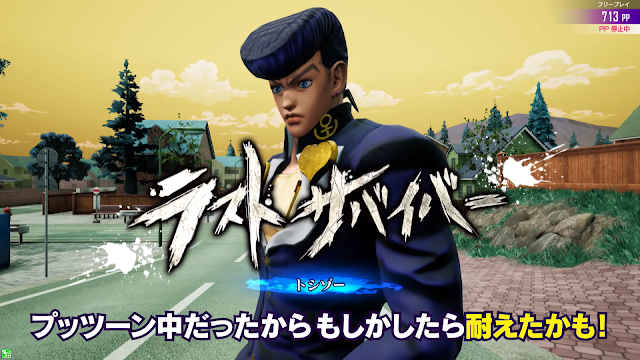 Bandai Namco has released the seventh video of his series of exhibitions on the character game for JoJo's Bizarre Adventure: Last Survivor, starring this time Diamond is the protagonist of Unbreakable, Josuke Higashikata.

The game "Royal Battle Stand" should be released this winter in Japanese arcades. Learn more about the game here.