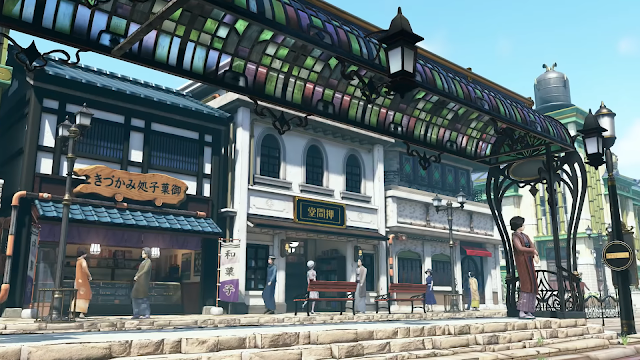 As covered before, the demonstration presents both the adventure of the game and the combat parts to be sampled. During the adventure part, you can walk around the Grand Imperial Theater and enjoy the events organized with the Imperial Combat Review: floral members in a special configuration specially designed for the demo, including the reactions of the heroines who change through the system. limited choice in time. During the battle, you can play alternating the mechs of the protagonist Seijuurou Kamiyama and the heroine Azami Mochizuki. The characters was designed by Tite Kubo, creator of Bleach manga.