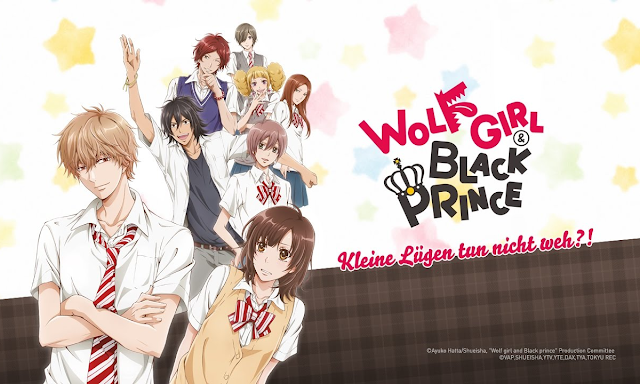 December's issue of Bessatsu Margaret magazine in Shueisha revealed Wednesday that Ayyuko Hatta will release a new manga called Ima, Koi o Shiteimasu (I'm Now in Love) on December 13th. The first chapter of the series will make 50 pages and will include an opening in color pages.

The manga will focus on the relationship between a scary and popular high school student, but in fact sweet, and a schoolgirl "life size". Satomi decides to do her best with love in high school. She is curious about the boy who saved her from a pervert, but she has trouble deciding whether the boy is scary or kind.

Hatta recently finished his Haibara-kun wa Gokigen Naname manga (Haibara in a bad mood) on April 12, and Shueisha released the third and last manga compiled book volume on May 24th. Hatta launched the manga in Bessatsu Margaret in May 2018.

Hatta launched her Wolf Girl & Black Prince manga in Bessatsu Margaret in 2011 and finished it in May 2016. Shueisha released the 16th and last volume of the manga compiled book the same month. As of May 2016, the manga had 5.4 million copies printed.

The manga inspired an anime televised in 2014, as well as a real action movie that debuted in Japan in May 2016. Crunchyroll aired it as it aired in Japan, and Sentai Filmworks launched the series in North America in March 2016.